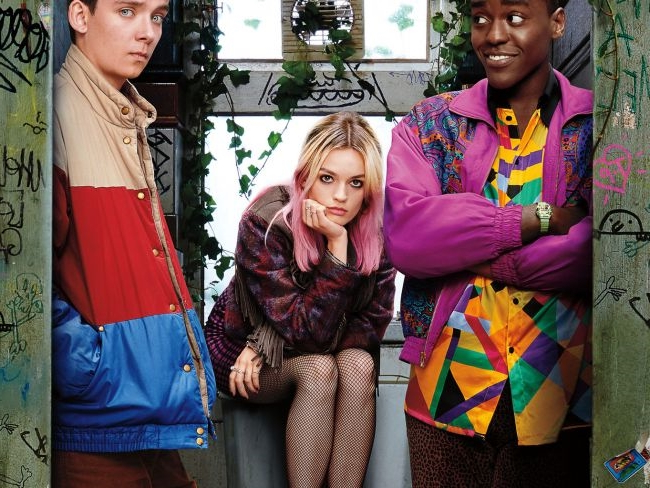 From the 2020 Oscars, to Netflix’s ‘Sex Education’ series and its characters’ retro styles, there are three simple steps to adopting this trend. Retro sneakers Shoes have a big role in an outfit and Bella Hadid certainly knows it. Just like her, complete your vintage look with a colourful pair of retro sneakers! We would […]

3 Shoes Every Girl Should Own 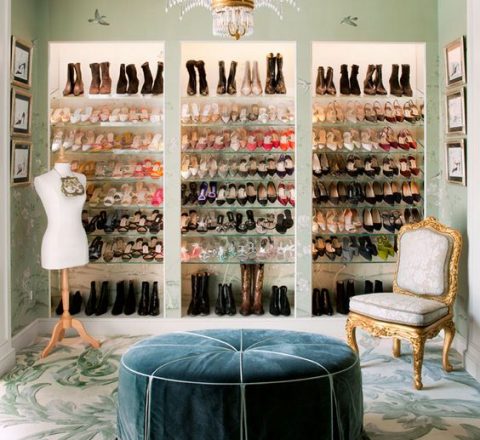 For those of you who are shoe fanatics, here are some favourites that we think deserve a special place in your heart and closet. During rainy days and cold months Chelsea boots have always served Londoners well, whether you are going out for dinner or to the office. By pairing these Marc Cain ones with […] 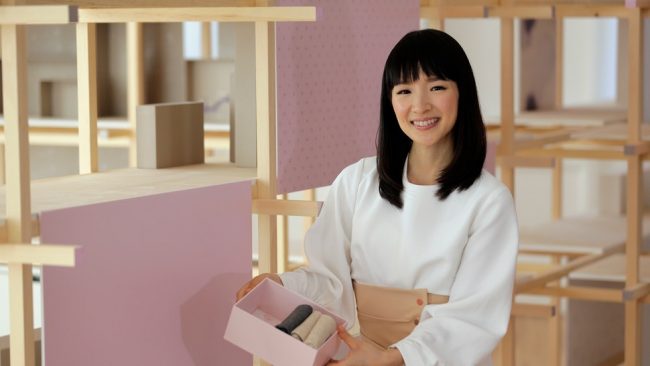 Marie Kondo has created a global decluttering motion with her Netflix show and book, “The Life-Changing Magic of Tidying Up” encouraging the world to respectfully thank their old clothes while radically reducing their wardrobes. In this weeks blogs, inspired by our own tidying ‘festival’ these are the key pieces that for TASK – Sparked Joy! […] 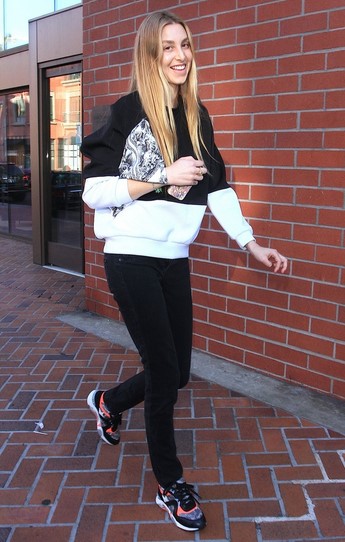 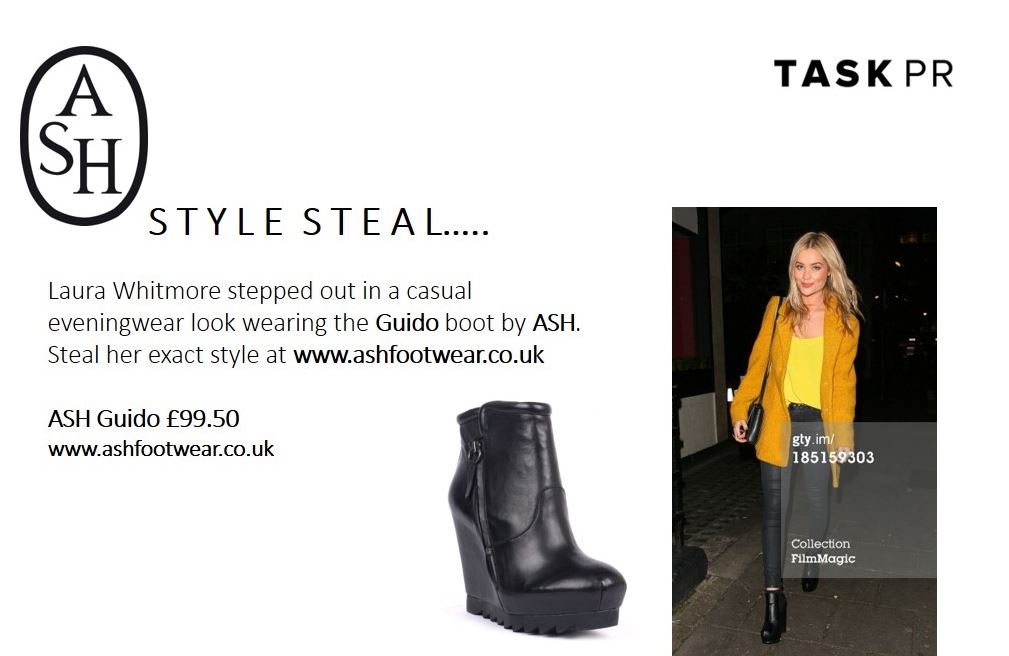 Laura Whitmore is the latest celebrity fan of Ash footwear. She stepped out for the evening looking super stylish in the ASH Guido boot. Get yours here (£99.50)http://www.ashfootwear.co.uk/womens-c1/wedges-c22/wedge-boots-c62/ash-guido-black-wedge-ankle-boots-p944

Kelly Brook Get The Look 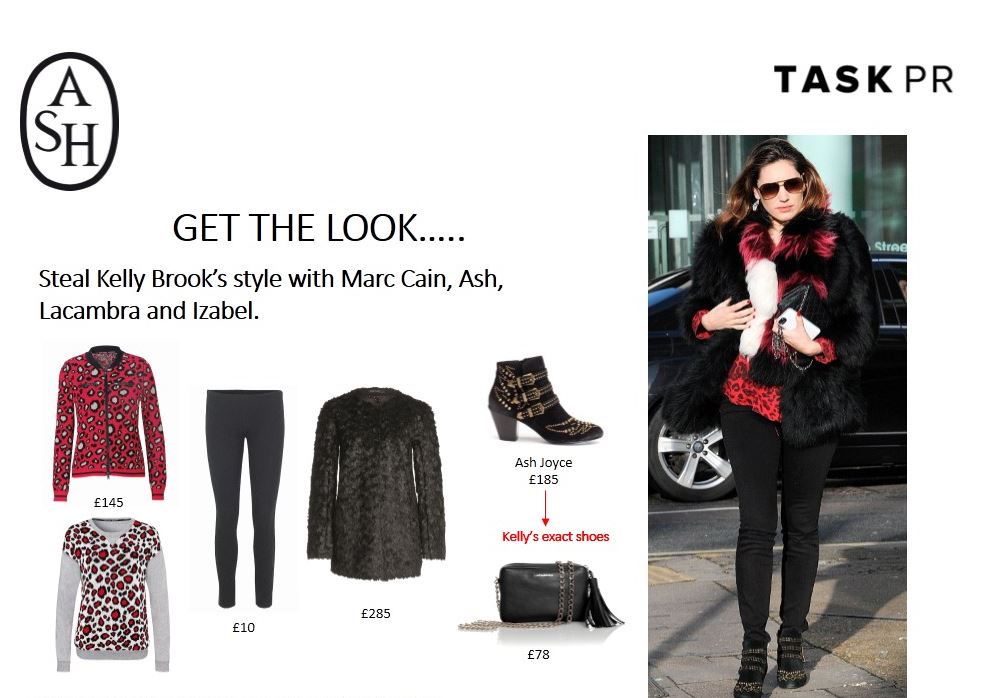 Kelly Brook has been spotted out and about in her Ash Joyce boots again. You can steal her style with Marc Cain, Izabel, Lacambra and Ash. The Ash Joyce boots can be found here (£92.50)http://www.ashfootwear.co.uk/womens-c1/ash-joyce-midnight-suede-studded-boots-p1027 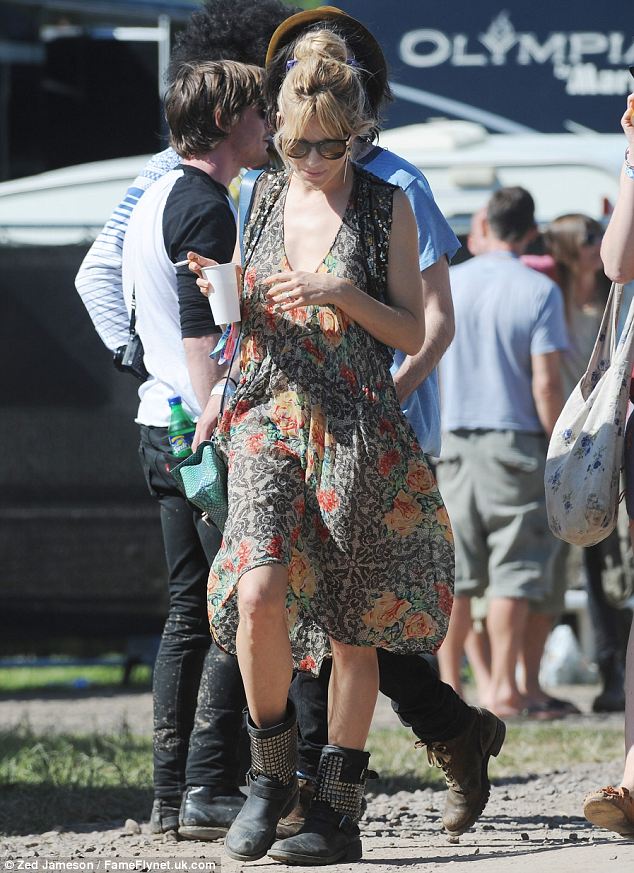 Ah Glastonbury… always our favourite source for celebrity festival fashion inspiration. This year with the weather being unusually warm, the stars were out in force with the likes of Sienna Miller, Cara Delevigne, Alexa Chung, Lily Cooper and Mossy all showing us their festival style! Back at her Boho best, we spotted actress Sienna Miller […] 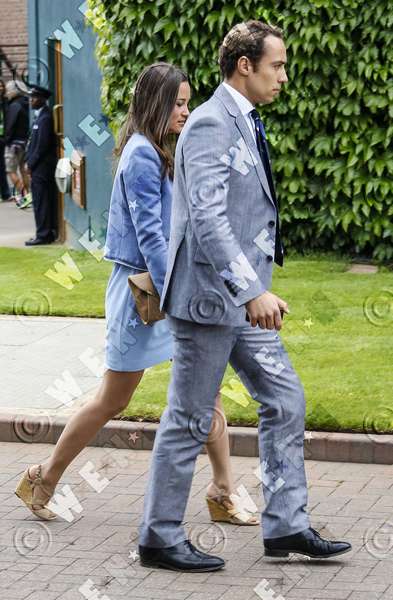 Image via The Daily Mail While Kate continues to take maternity fashion in her stylish stride for this years Wimbledon, all eyes are on her sister Pippa for the daily fix of Middleton outfit inspiration! We spotted her looking chic on Day one of Wimbledon 2013 wearing none other than a pair of ASH Jade […] 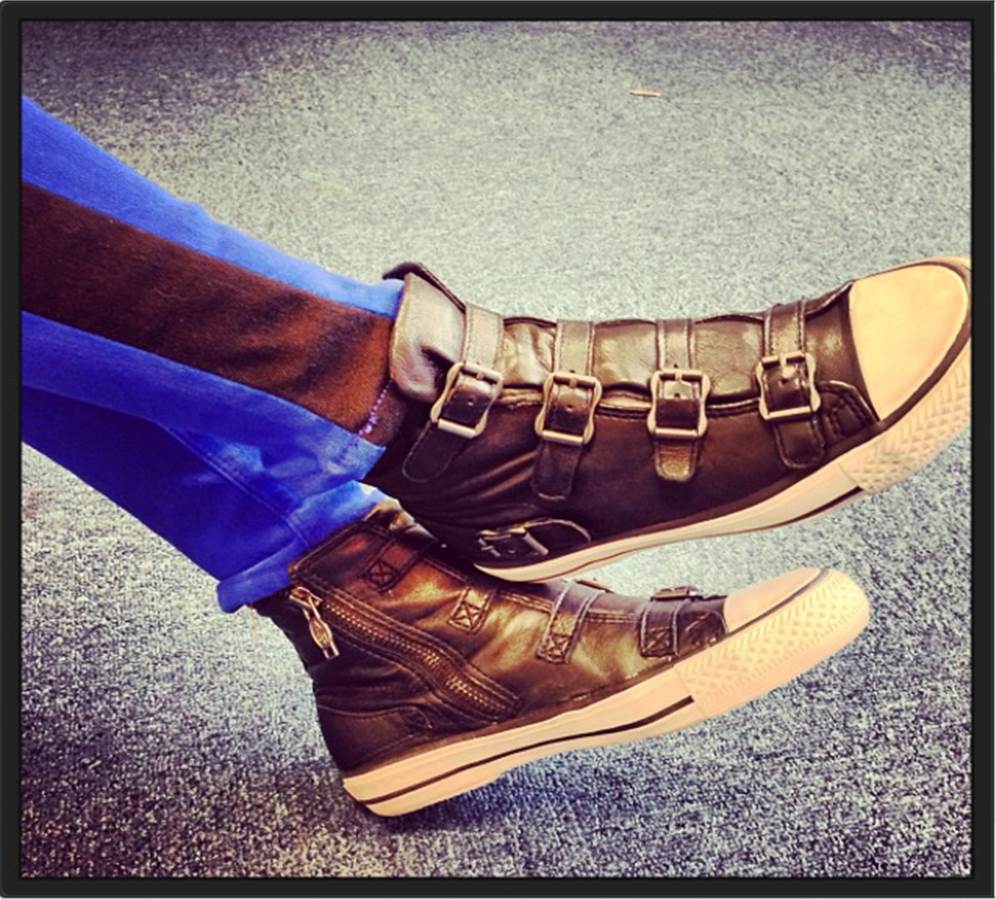 Are you as excited about the next season of Britain & Ireland’s Next Top Model as we are? We got a sneak peek of the filming yesterday and spotted new judge Dannii Minogue wearing a pair of ASH ‘Virgin’ Trainers. Dannii and the model finalists from series nine performed an impromptu version of the Youtube […] 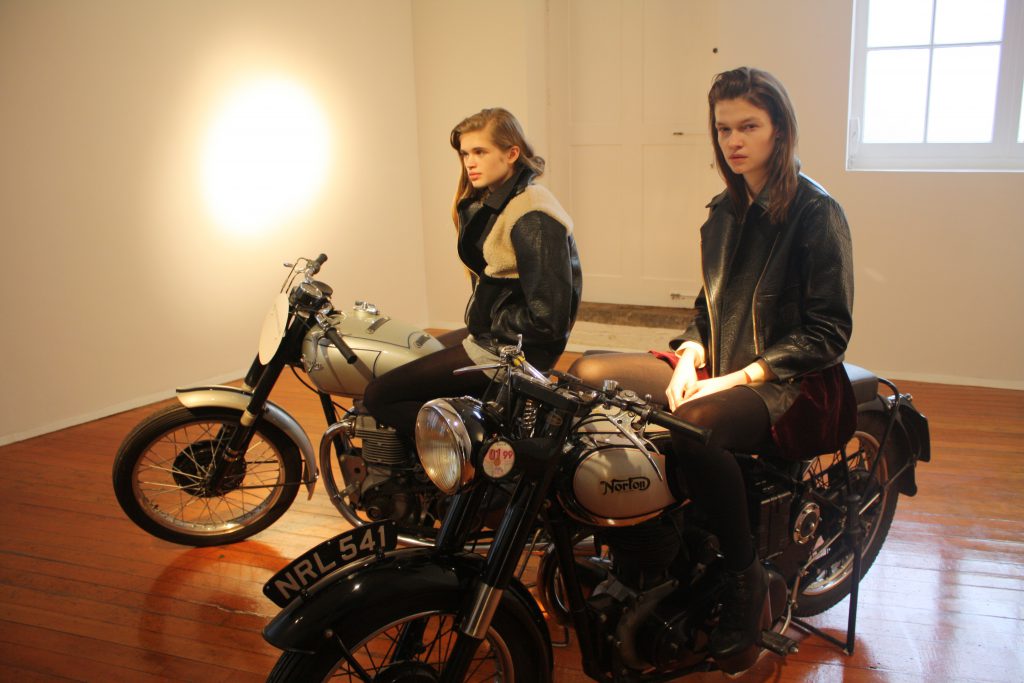 We can’t quite believe it’s Day four of London Fashion Week already, what a busy few days it been! So far there’s been colour explosions at John Rocha, heavy knitwear at Sister by Sibling, fun prints at House of Holland and dogs walking the catwalk at Mulberry. For us though it’s been all about the […] 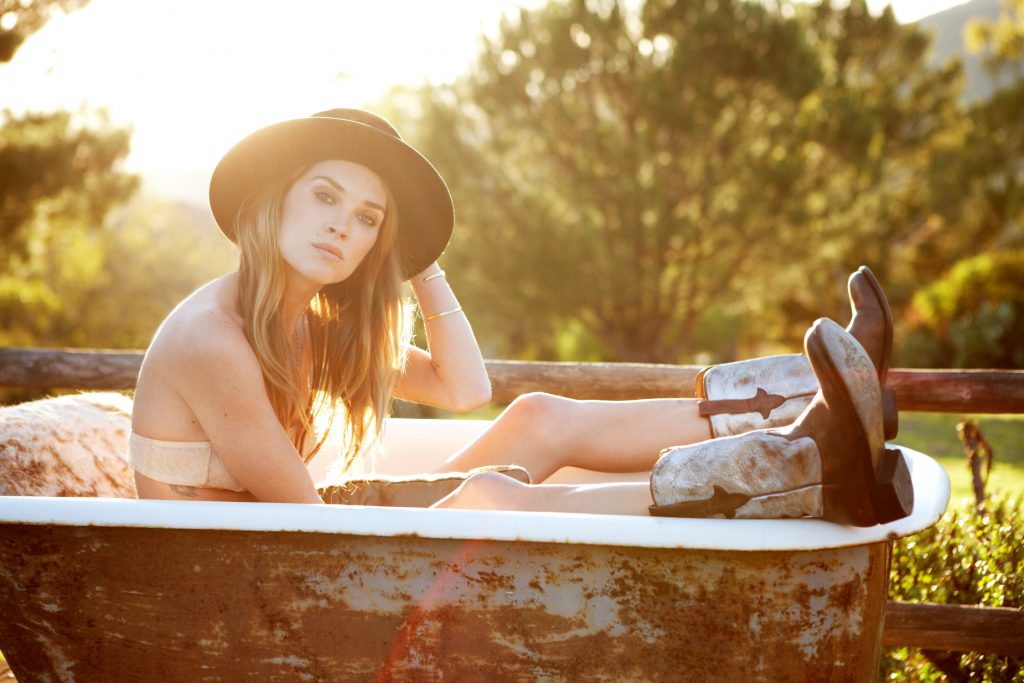 One of the hottest supermodels of the moment, Erin Wasson, has been announced as the face of the new ASH footwear SS13 campaign. But Erin wasn’t content with just starring in (and looking Sch-amazing) in the pics, she also styled them too! Erin said of the campaign: “I wanted the shoot to feel really organic […] 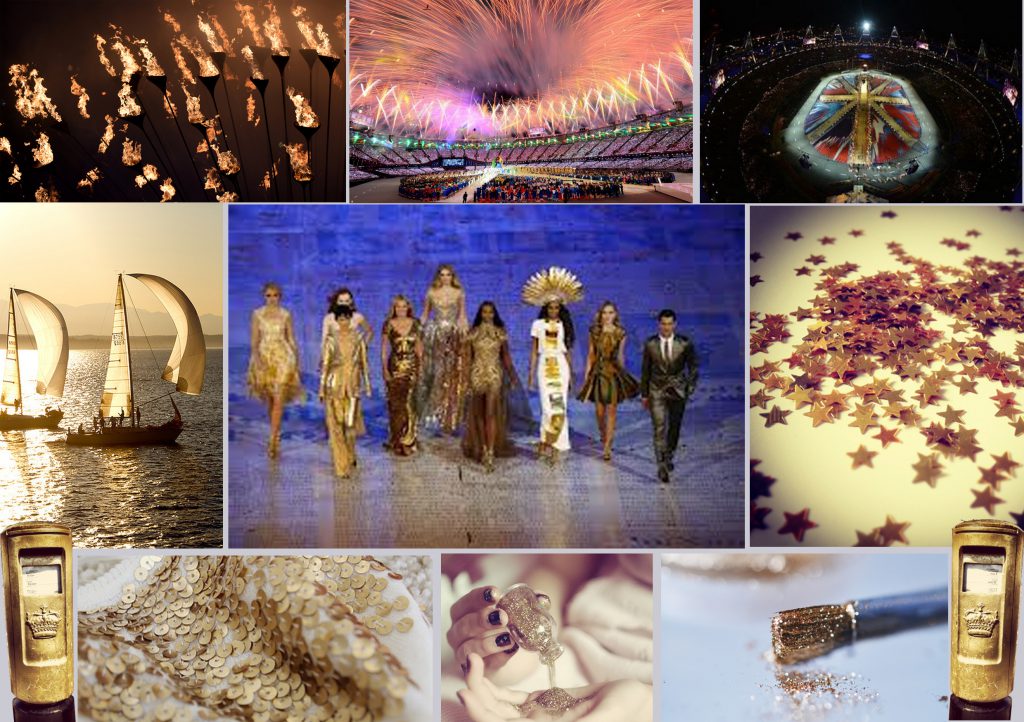 So The Olympic games have come to an end and it seems the whole world is mourning their departure. What shall we watch on TV now? What shall we talk about when we meet random strangers at dinner parties? Will we ever enjoy a Spice Girls performance of Wannabe as much as we did on […]

After what seems like months and months of cold winds, rain, and snow, finally this weekend the sun came out to play! This can mean only one thing…it’s time to inject some colour back into your wardrobe. Store those grey and black jumpers for another rainy day and hit the shops to splash the cash […] 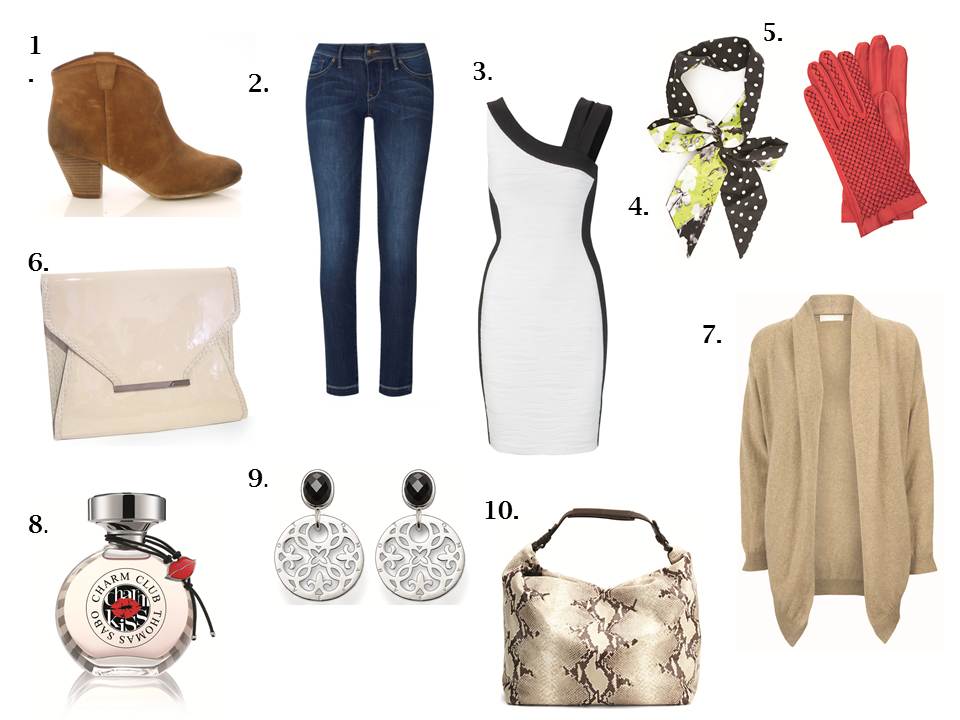 Mother’s Day is just around the corner and if you are still struggling for ideas of what to get the Mum who has everything then take a look at our selection of the perfect gifts, with something for every taste and every budget… So put a smile on your Mum’s face this Sunday… 1. A […] 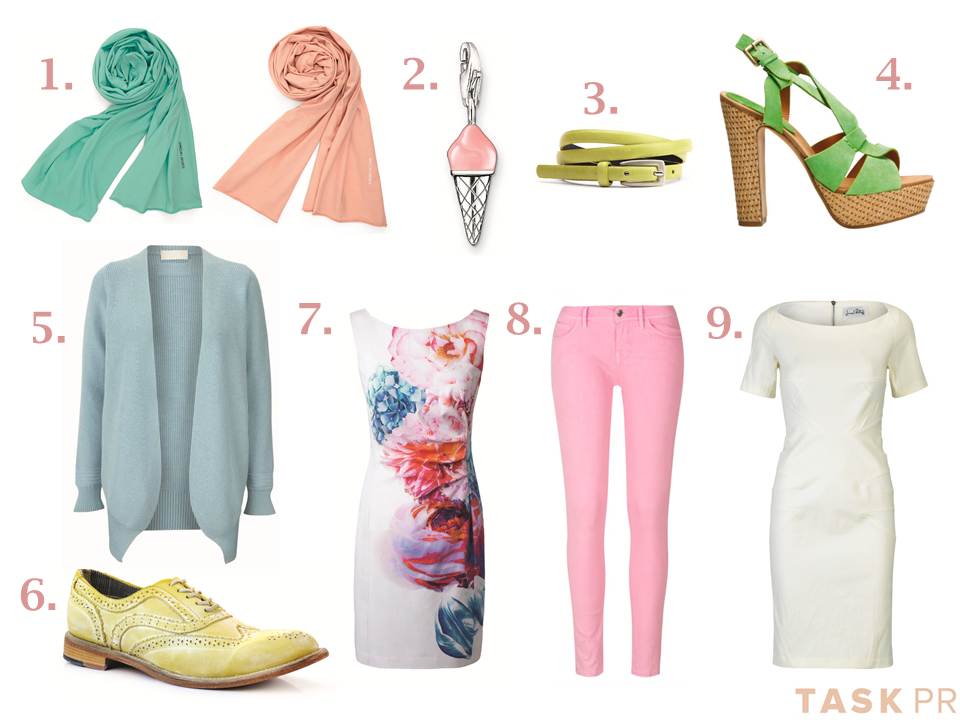 Need a sugar hit? Well you are in luck as this Spring Summer the fashion world is being engulfed by all things sugary sweet, pastel coloured and ice cream flavoured. It started on the catwalks at Marc Jacobs, Jonathan Saunders and Preen, then we saw models eating a giant ice cream in the Mulberry ad […]