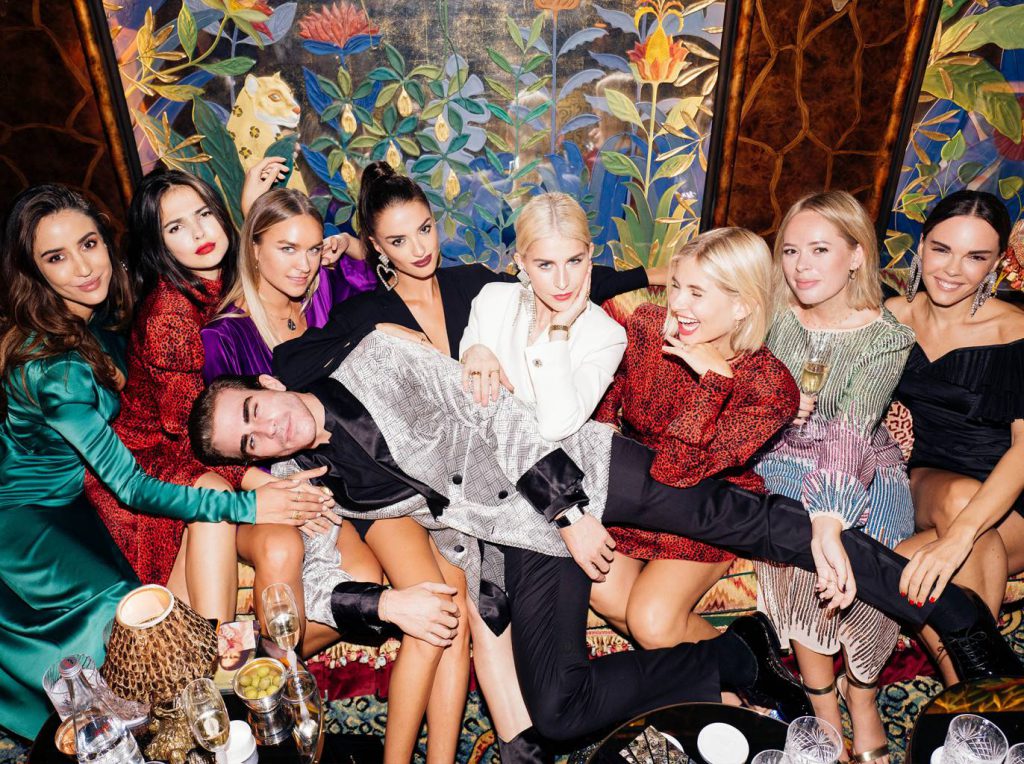 THE 3 COOLEST EVENTS DURING FASHION WEEK

Who has dreamt of diving into a fluffy cloud and floating on it?

Anya Hindmarch made dreams came true this year with her #chubbycloud installation. For three days across LFW The Banqueting House in Westminster recreated a ‘cloud like’ space.

Whilst sinking into the ginormous cloud, several panels and meditation sessions were held to help Fashion Week attendees reconnect with themselves. The dream experience would not have been complete without a selection of rainbow donuts, colourful cupcakes, smiley macarons and cloud shaped pastries.

The most interesting aspect of this installation was the lack of product – apart from a temporary stall. The idea behind the art was genuine brand engagement. A memorable and Instagrammable moment which gave customers real brand contact.

From the sky to the Garden of Eden for the Alessandra Rich x Luisaviaroma dinner. Held at Annabel’s the exclusive private members club in Mayfair, this event was attended by the top global influencers – who shared their exclusive experience with us on social. The venue which offered an eclectic mix of all fancy things: soft and warm lights, velvety walls, brocade furniture’s, animalier prints, a decadent bathroom ceiling made of flowers and huge mirrors for selfies.  The evening, which reminded consumers of the brands exclusive nature, was to celebrate an exclusive jacket collection.

Before the party, Victoria’s tenth anniversary catwalk show was held in London on Sunday morning – the first time she has shown a collection outside of New York. David, Brooklyn, Romeo, Cruz and Harper sat in pride of place on the front row, and Victoria made sure to greet them after the show, which was held at Galerie Thaddaeus Ropac, next to Victoria’s flagship store on Dover Street.

On the Sunday evening there was a bash not to forget, British Vogue editor-in-chief Edward Enninful and David Beckham invited fashion’s great and good to celebrate the 10th anniversary of Victoria Beckham, in association with Mastercard. At Mayfair’s Marks Club the exclusive party

The party was widely reported as the most fun fashion week event – with a viral video of the hostess herself.