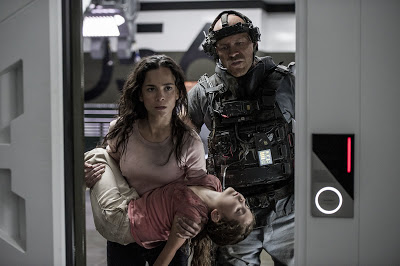 the triad of bleh

This week, our menswear and online guy Thomas declares that something is rotten in the state of California!

I have always wished that I was the sort of person who would actively seek out arthouse films and documentaries so as to further my intellectual education at the University of Life. In reality I have a rock-solid penchant for massive Hollywood fantasy and sci-fi blockbusters and bad reality TV like Border Patrol and How Clean is your House. I feel somewhat assured of my guilty pleasures whenever I air this most-soiled laundry of mine as, more often than not, the reactions of most people elicited are those of sheepish agreement and mutual shame.

How thrilling then, that towards the end of the joyous summer of 2012 – a season of ecstasy of Olympic proportions none had ever encountered – I was promised by that hulking, capitalist machine nestled at the foot of the Los Angeles hills that the summer of 2013 would be the summer of the blockbuster. We were to be visually accosted by grandiose, dystopian thrillers which would rock our world (literally) and transport us to where men could fly and post-apocalyptic visions of our good earth were the norm. Safe to say, I was practically quivering with excitement. I love nothing more than to be sat in a dark cinema, whether alone or with friends, the lingering flavour of cheese and jalapeños from the large nachos that never made it past the trailers filling my mouth as I sit back to enjoy this latest import from across the pond.

In truth, thrice have I been let-down this summer and yet I forgive and forget, hoping that the next Indiana Jones, Star Wars or The Lord of the Rings is rattling its American cage, waiting to be released. I understand that the three mentioned were released at various stages of my childhood so my appreciation of them might be laced with nostalgia and inexperience but I strongly believe that they formed part of a dying breed.

Oblivion, Man of Steel, Elysium. Enormous, trisyllabic, media machines that were sent to me everywhere, from the comfort of my home to the discomfort of the tube. A veritable orgy of four and five starred reviews plastered all over their posters promising to the the very best thing since sliced bread. But just like Disney, they lied. Not one of them spent a worthy portion of the film investing in the backstory of the characters, choosing instead to blow their budgets on endless CGI sequences. WE GET IT, you can crash a spaceship the size of a small island into the Chrysler Building by throwing lots of cash at 6 computer geeks over a 6-month period. Who cares? If I see New York blown up again it’ll be hard to stifle a yawn. Stephen Spielberg himself has forewarned the snowballing, self-destructive trend towards creating these (U, PG or 12-rated) mega-movies which have no heart.

The freshest of these theatrical turds in my mind is Elysium, which I watched last night. Only the most fleeting of moments are given to exploring the disadvantaged upbringing of friends Max (Matt Damon) and Frey (Alice Braga) which cause them to drift apart only to rekindle their romance at the present time. I might warn that the next sentence is a spoiler, but to be honest I would advise against watching in the first place thereby not spoiling your evening. By the end of the film, Max gives up his life to save humanity but he is really egged on by the impending death of Frey’s daughter who can only be saved if Max downloads a code saved in his brain into the mainframe of Elysium, resulting in his death. All I could think about at this point was whether the chicken fajitas I’d left in my fridge were going to taste just as good when I got home. I mean, this guy DIED for a woman he loved, triggering a chain of events that saved humanity and all I could think about was the battery hen who’d died to give up her succulent breast for my dinner.

-My daughter’s dying – are the fajitas ok?

Avoiding the lower-level emotional conflicts in this film, the bigger picture was barely scratched. Here we have a future in which the priviledged few have created an exclusive colony in space so as to distance themselves from the poor, overpopulated earth they have left behind. This corresponds so strongly to the situation we are experiencing in our present-day world that, had the topic at hand been tackled, it could have blown us all away and created a truly stirring, political piece (explosions aside). Neill Blomkamp, the director, is the brains behind District 9, the alien film which very clearly tackles the issue of apartheid in his native South Africa. This film was a tremendous success, a result of which was him being entrusted with the keys to Beverly Hills. He unfortunately disappoints greatly with Elysium.

How can I put this? I love a good comparison. I like to compare Hollywood to weddings. If you and your other half decide to go it alone, you’ll struggle with the budget, but you can do whatever the hell you want. Getting married in the pub where you met? Excellent! Black for the bride? Terrific! Hog roast at the reception? Marvellous! It might be different and unappealing at first glance but the personal touch makes it all the more special and lasting in one’s memory (for good reasons one would hope).

If, however, you’re being helped out by Mummy and Daddy who are throwing great big wodges of cash at your big day, you’re bound to a lot of rules you might not otherwise have cared a great deal for. Great Auntie Mabel who always gets as pissed as a fart will have to be invited because she’s family. It simply must happen at St Giles of the Gilded Lily, a million miles from anywhere, because that’s where your grandparents got hitched. Bloody Marys on arrival are a no, dear – you get the picture.

Employing experienced directors, fantastic actors and giving them a blank cheque does not automatically mean you’re in possession of a winner. It’s like The Little Mermaid (God, I love a comparison) – you’ve got your legs, but you have to give up your voice. You’re bound to the rules from above dished out by the big studio execs who are bankrolling the film. It’ll need to fit an exact formula that will be easy to market and that will be age-appropriate for the largest audience possible thus making thinking out of the box a definite no no.

One can only hope that this doomed ship will realise that it’s headed for that sharp precipice at the end of the ocean at which point love nor money would be able to save it from a catastrophic implosion that would drag the entire industry into the murky depths.

All that aside, Thor: The Dark World’s out soon and I can’t bloody wait – I swear it’s a disease.